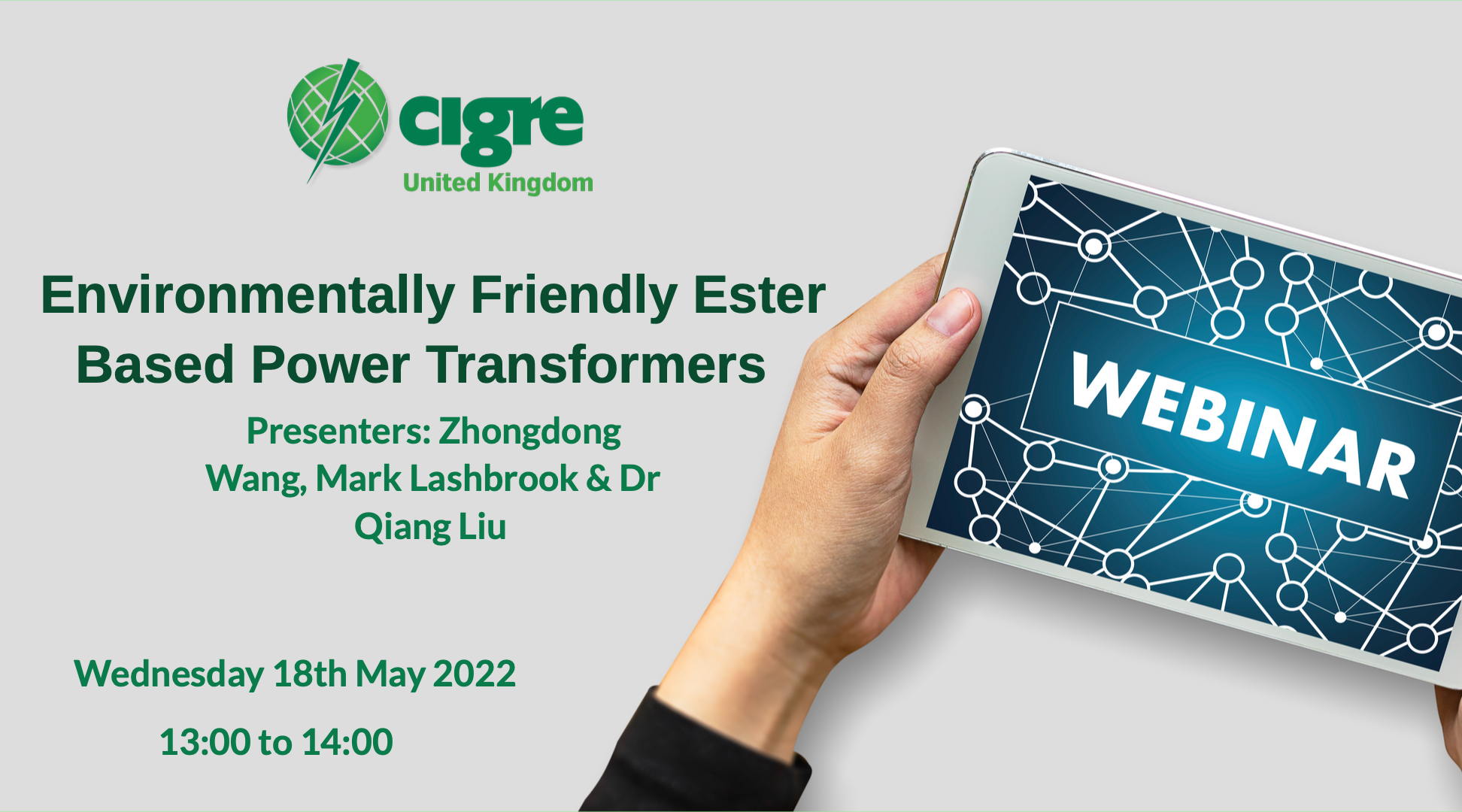 Technologies, especially the insulation technology, for environmentally friendly Ester based power transformers have been developing over the last 40 years, gradually moving from the low voltage, distribution to large transmission and generation transformers. Nowadays the use of ester filled power transformers is considered more widely and preferably by the environmental sensitive areas such as offshore wind farms. CIGRE A2 UK has invited three experts to give this technical seminar, which will cover the overview of Environmentally Friendly Ester based Power Transformers, the industry’ best practice in procurement ,design, operation and maintenance, ester liquids’ properties and their impact on thermal and electrical design & maintenance

Mark Lashbrook is the Technical Director of M&I Materials Ltd. He received a BEng (Hons) degree in Electrical and Electronic Engineering from Loughborough University in 1995, and following graduation he joined the semiconductor industry. He spent the next 12 years working in a variety of engineering roles for major IC manufacturers, including Fujitsu Microelectronics and Intel. In 2007 Mark joined M&I Materials Ltd as a Development Engineer for MIDEL ester liquids. Since then his work in the field of ester liquids for transformers has encompassed research work alongside universities and numerous development projects with OEMs. Mark has also been responsible for supporting users of MIDEL ester liquids worldwide. In 2019 Mark moved to head up the newly formed Innovation team, focussing on R&D in electric vehicle battery cooling under the MIVOLT brand. In September 2020 Mark was promoted to the position of Technical Director, responsible for the technical function across all five of the product groups within M&I Materials Ltd. Mark has authored and co-authored a wide number of publications in magazines and at events worldwide, on the subject of alternative dielectric liquids. This has included papers in the 2011, 2014 and 2017 IEEE ICDL conferences and at the 2012 and 2018 Cigré Sessions.

Dr. Qiang Liu is a Reader in Power System Plant and the Head of High Voltage Research Group in the Department of Electrical and Electronic Engineering at the University of Manchester. He obtained a PhD degree in Electrical Power Engineering from the University of Manchester in 2011. He is the secretary of CIGRE D1.01 Advisory Group on “Dielectric liquids and liquid impregnated insulation systems” and a member of several CIGRE A2/D1 working groups. He is a senior member of the IEEE and an Associate Editor of IET journal of High Voltage. His research interests focus on dielectric liquids and liquid impregnated insulation systems and their applications in high voltage equipment, e.g. transformer, cable accessories. The research topics include pre-breakdown and breakdown mechanisms, ageing assessment, thermal modelling, asset management, alternative insulation materials and high voltage testing. He has contributed to 2 CIGRE technical brochures and published more than 130 research papers.