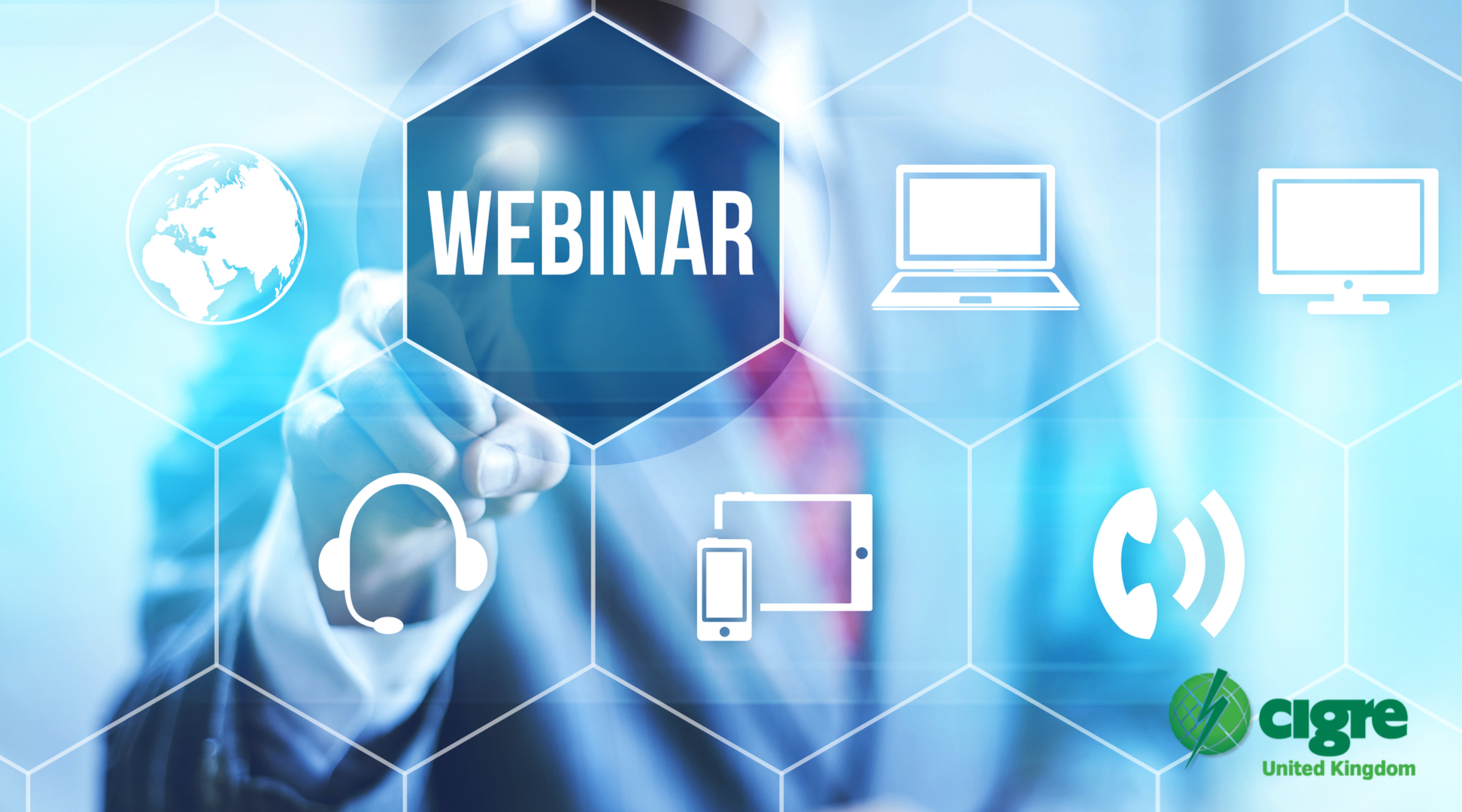 Optimising Power Transmission & Distribution from the Sky to the Sea

To celebrate the contributions of UK young members to CIGRE e-session and achievements with online sessions successfully delivered since the COVID-19, CIGRE UK has invited four speakers from CIGRE UK Next Generation Network (NGN) to showcase Young Members’ Technical Excellence. The webinar will cover a variety of topics from the Optimising Overhead Line Capacity, Active Protection Scheme for Islanded Microgrids, Investigation for hybrid direct current circuit breakers and the development of a long-term ageing test of Subsea Power Cables.

It is observed globally that energy sectors have been obliged to a massive energy revolution since renewable energy sources were introduced. This has entailed the development of Renewable Energy Strategies and penetrating high-shares of Clean Energy Sources into the bulk electrical network. Consequently, utilities try to reinforce the electrical transmission networks by building new overhead lines (OHLs). However, this traditional solution is expensive and requires permissions from relevant local regulatory agencies to be granted the proper right-of-way (ROWs). In fact, it involves gaining social acceptance of the OHLs infrastructure to ensure visual amenity. To avoid such lengthy procedural route, utilities try to find more flexible, economic, and faster-to-implement reinforcement methods. Such strategic implementations can be achieved by re-conductoring with bigger size conductors or employing conductors with new technology that enables operation at higher temperatures such as High-Temperature Low-Sag (HTLS). In this presentation, the impact and challenges associated with connecting high-shares of renewables into the network are reviewed and the possible potential solutions to optimise the performance of the existing overhead line system are summarised, particularly advancements in overhead line conductor technologies. More specifically, capturing the thermal and mechanical aspects in the assessment of the variuos conductors’ complex designs to optimise the performance of entire OHL system and increase its power transfer capacity ultimately.

This work presents a novel and effective protection strategy that coordinates the protection actions with the control strategy of inverter interfaced distributed generators (IIDGs) to address the protection challenges that have negative impacts on the operation of islanded microgrids. The proposed method intentionally refines the controllers’ actions of the IIDGs during faults to inject specific harmonics to the system, which can be analysed by the protection relays for reliable and accurate detection and isolation of faults. The advantages of the proposed protection scheme are: (1) the algorithm is relatively simple to implement; (2) fault identification in the network does not depend on fault current magnitude; (3) the scheme is not affected by the network’s bidirectional power flow; and (4) the scheme does not require any communication to operate properly and therefore, is relatively more reliable and cheaper than communications-based schemes.

Medium voltage direct current grids have attract significant interest because of rapid development of distributed renewable generation (such as PV) and DC loads (such as electric vehicle and date centre). Performing DC current breaking is much more challenging than in AC systems because there is no natural zero-crossing of the current to aid fault isolation. DC circuit breakers are key enabling components for meshed DC grids. The key design targets for them are operating speed and efficiency. This talk will present the study of key components for hybrid DC circuit breakers, including development of solid-state main breaker and fast operating actuator for the mechanical switch.

The growth in the market for offshore wind farms, has resulted in wet, or semi-wet, cable designs now being widely deployed in submarine power array networks. Such applications are today typically at 66 kV, using higher electrical stress levels than traditional Medium Voltage applications, reducing conservatism. Additionally, the operating medium is saline rather than tap water. Wet age testing protocols undertaken by most cable suppliers, and as specified in relevant standards have primarily been carried out on scaled 20 kV or 15 kV rated cable samples and in tap water, to suit the historically dominant market for underground applications. The CIGRE Technical Brochure 722 (April 2018) ‘Recommendations for Additional Testing for Submarine Cables from 6 kV to 60 kV (Um = 72.5 kV)’, recognises these constraints, and recommends wet-age testing in saline conditions. Furthermore, it calls for the ‘cable community to publish findings in the above areas’, towards re-evaluating what the industry requirements should be. Previous experience with test infrastructure and a comprehensive programme of long-duration testing will be shared. The test methodology summarises the results of the full-scale testing in saline conditions, and compares these results with results of conventional, scaled testing. Conclusions are then drawn, including implications for recommendations for future wet-age testing specifications for submarine cable systems will be presented. 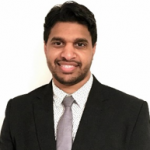 Mohammed A. AlAqil received his MSc degree (Hons.) in Electrical Power System Engineering from The University of Manchester, UK in 2015 and currently pursuing a Ph.D. degree. He is a former Electrical Engineer at Nationalgrid of Saudi Arabia. He has been appointed recently as a Visiting Lecturer with the University of Chester and holds a position as a Lecturer with the College of Engineering, King Faisal University, Saudi Arabia. He is a Corresponding Member of CIGRE WG B2.79 and has been engaging with his supervisor (Dr Kostas Kopsidas) in several industrial projects related to Electro-mechanical aspects of overhead lines design and optimisation (uprating/upgrading) in collaboration with CEATI (Canada), National Grid Electricity Transmission (UK), and Energy Supply Board International (Ireland). 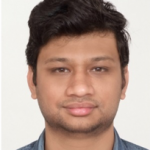 Md Asif Uddin Khan is currently perusing his PhD degree in Electronic and Electrical Engineering at the University of Strathclyde. His research area is associated with fault analysis, control, and protection of microgrid. He is also involved in several industrial projects with National Grid and Vocational Training Council, Hong Kong. Before he started his PhD in December 2018, he was also associated with the Department of Electrical and Electronic Engineering of BRAC University, Dhaka, Bangladesh as a Lecturer from September 2015. He taught the courses relating to analogue electronics and devices, and power systems to undergraduate level students. In 2017, he completed his MSc degree with Distinction in Electronic and Electrical Engineering from the University of Strathclyde. For his MSc program, he was awarded with prestigious Commonwealth Shared Scholarship. He has several Scopus indexed publications and presented his research works in different international conferences.

Dr Xiaoze Pei received her PhD in Electrical and Electronic Engineering from the University of Manchester in 2012. She became a research associate at the University of Manchester before she joined the University of Bath as a lecturer in February 2017. Dr Pei is currently leading the applied superconductivity group. She has extensive research experience in designing and building of superconducting fault current limiters and fast operating vacuum circuit breakers. Her research interests include electrical power applications of superconductivity and hybrid DC circuit breaker. Dr Pei is a member of CIGRE Working Group B4_A3.86 and a committee member of UK magnetics society. 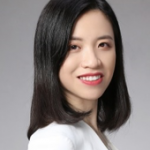 Jingyi Wan is the Chair of CIGRE UK Next Generation Network, a chartered engineer. She is currently working as a HV cable systems specialist in Mott MacDonald, with expertise in onshore and offshore Power Cable System electrical design, manufacture and project management. Before this role, she worked as a product development engineer for a subsea power cable supplier, JDR Cable Systems for four years, where she worked with the team to qualify and supply the cables the industry’s first commercial 66kV array cable project. Jingyi is a young expert member of CIGRE Working Group B1.73.