By Martin Ansell | Uncategorized | No Comments

Traditionally, harmonics have been dealt with at the planning stage and mainly at transmission level in detail. That trend continues today with an increased emphasis on all connections that include power electronic converters. However, it is not simply the sheer amount of increased connections that is driving this enhanced level of attention. The equipment being introduced as well as the system itself, is changing. In the past, harmonic injections were confined to a few characteristic harmonics, but this is no longer the case. With renewable generation technologies utilising inverter-based grid connection characteristics, it is quite common to see harmonic injections at a wider harmonic spectrum. The system is also changing with the addition of an increased share of cable circuits bringing the system resonant frequencies to the lower end of the frequency spectrum.

Standards, technical recommendation and/or industry guidance documents that are being relied upon are becoming outdated and require updating to accommodate this increased contribution. Furthermore, the need to plan the system, such that the contribution from many sources is minimized, is increasing – not just at transmission level, but also in distribution systems due to the increased integration of distributed resources.

The subject matter of the talk is going to be development/state of the art in harmonics with four subject matter experts reflecting from their experience in working with harmonics.

The talks will be followed by a networking session with light buffet and drinks. 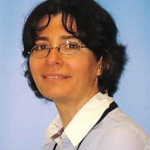 Ms Marta Val Escudero is a Consultant Engineer in EirGrid. She received BE in Electrical Engineering from the University of Zaragoza (Spain) in 1994 and MPhil from the University of Bath (UK) in 2007. From 1997 to 2007 she was with ESB International (Ireland), working as a consultant in the area of power system modelling and analysis.Since 2007 she has been with EirGrid working in the Operations, Planning and Innovation Department. She is currently Team Lead in Innovation. Her main areas of responsibility include: (i) provision of support to Grid Controllers in relation to the on-line dynamic security assessment tool (WSAT) as well as maintenance of the dynamic models within the tool, and (ii) development of new decision support tools for the Control Centers in Dublin and Belfast to facilitate integration of non-synchronous renewable generation levels in excess of 65% SNSP combined with high values of RoCoF, in excess of 1 Hz/s. 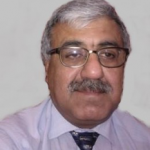 Dr Forooz Ghassemi received his Ph.D. degree from City University, London, U.K., in 1989. He has since been working in academia, manufacturing and utility sectors, all related to power system engineering. He is currently working for National Grid Electricity Transmission. He is involved in the connection of new grid users and setting design policies and specifications related to security and quality of supply. He is the named inventor of two patents, a Chartered Engineer in U.K., and Fellow of IET. 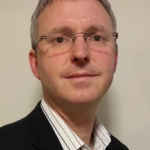 Mr Chris Harrap is currently an Innovation and Low Carbon Networks Engineer at Western Power Distribution. Chris has extensive experience of electrical energy sector covering generation and distribution, having joined the industry in 1990. This has been accumulated from a variety of maintenance, operational and management roles in coal and gas power stations in the UK and in Portugal; and in asset management roles with UK distribution businesses. In addition, Chris has also worked within an engineering consultancy advising clients on a number of distributed energy schemes.  Most recently, Chris’ focus has returned to project engineering and project management, leading innovation work and projects.  This has included the FALCON project (techniques aimed at improving electricity distribution network capacity); Losses Investigation (assessing feeder specific HV and LV feeder technical losses); and most recently projects trialling alternative LV fault location equipment, and mitigation of harmonics. 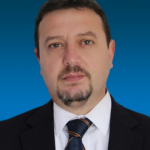 Dr Zia Emin received his PhD degree from The University of Manchester, Manchester, United Kingdom in 1997. He has worked as a specialist power system engineer with many years of experience in power quality and switching studies initially with National Grid and later with Parsons Brinckerhoff (later WSP) and PSC. He has extensive knowledge in all aspects of power system modelling including steady-state, frequency and time domain modelling and substantial experience in harmonic performance specification for HVDC converter stations, renewable generation connections and the connection of traction supply points. He is a Fellow of the IET, a Senior Member of IEEE, a Distinguished Member of CIGRE and a Chartered Engineer in the United Kingdom. He is the Chairman of CIGRE Study Committee C4 Power System Technical Performance.